Shoppers at the Nisa Local store in Birchwood have helped raise vital funds for a local foodbank by supporting the culinary efforts of the owners.

Kuldeep and Balbir Dhillon amassed an impressive £3,000 for Warrington Foodbank by selling homemade curries to their customers.

The couple launched the foodbank fundraiser on their Facebook page in the midst of the coronavirus crisis, inviting customers to place their orders and support the charity effort.

The post said: “Mrs Dhillon’s curries will be making a brief return in aim to raise funds for charities working to make lives better in the tough times we are currently facing.”

The freshly made Indian curries along with an array of side dishes were ordered by shoppers with all proceeds used to buy essential items for Warrington Foodbank.

The curries, which included chicken and vegetarian options, were available for a limited time and were welcomed by hungry residents.

The couple also donated an extra £500 to top up their fundraising total. 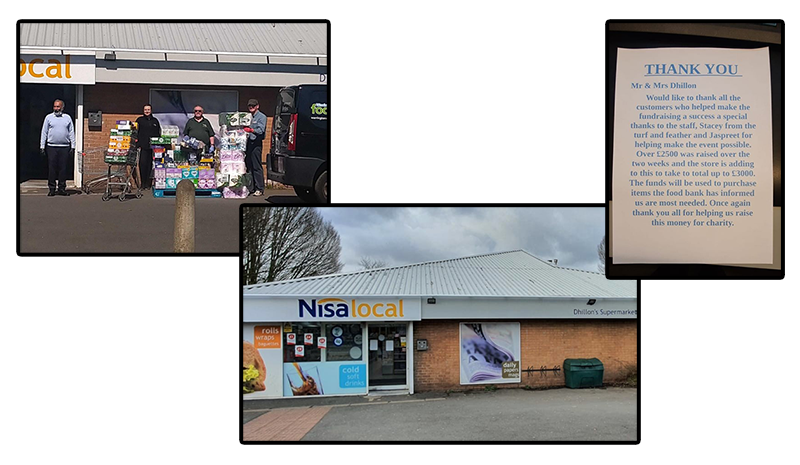 In a message to their customers, they wrote: "We would like to thank all the customers who helped make the fundraising a success. A special thanks to the staff - Stacey from the Turf and Feather and Jaspreet for helping make the event possible.

The couple liaised with the foodbank who advised on what was most needed and the items purchased and donated.

Customers have praised the couple on social media and thanked them for their efforts. In a post on Facebook one shopper said: “Well done Mr and Mrs Dhillon – community champions”.