An independent retailer has raised more than £2,000 for charity after being inspired by legendary war veteran Captain Tom Moore.

Miv Chahal, owner of Nisa Prudhoe in Northumberland and keen runner, set his own challenge after being so impressed by the efforts of Captain Tom and sought the backing of his customers to support him.

He announced the charity bid on the store’s Facebook page, detailing his plan to run around the precinct where the store is based and raise funds for NHS Charities Together.

He told shoppers: “I have decided to do my own little challenge in raising some money for the NHS. A lot of you may know or also may not but I am a keen marathon runner and have ran marathons in Berlin, Chicago, New York and London.

“Next Friday afternoon (1st May) in the hope of raising some money for the NHS, I will run from 1pm to 4pm around the West Wylam precinct. Each lap consists of about 230 metres and I will attempt to run 100 laps.” 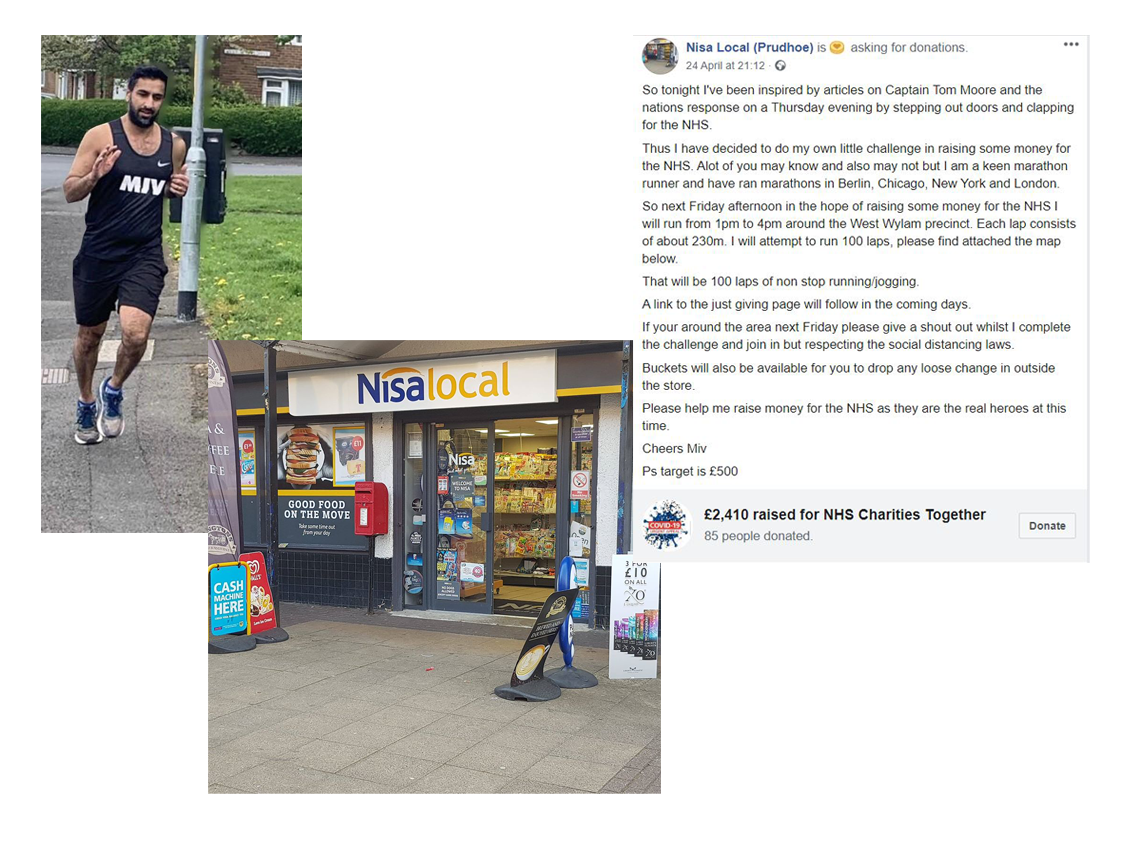 Collecting buckets were made available outside the store and a JustGiving page set up. After setting an original target of £500, more than £1,000 had been raised before the challenge had even began with shoppers keen to donate.

After completing the run and amassing an incredible £2,400 in pledges from around the community, Miv said: “I’m lost for words. Each and every person who stood in the precinct or who honked their horn made each stride easier.
“West Wylam, it is an absolute pleasure to serve you and I hope our relationship continues for years to come.”

Notes – This is a link to the video of the event starting: https://www.facebook.com/NisaL...